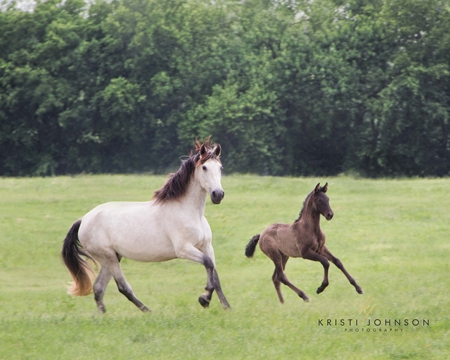 Our tallest and biggest mare, Quiana stands over 17.1 hands tall! Recently sold to the buyer of Quiana's first filly, the coming Kairo foal will be our last so hurry to reserve!

Quiana is not only tall, but has substance with an outgoing and gentle personality wrapped up in a body complete with big bones, big movement . Although Quiana is grey, she dna verified as Gg meaning she can produce color, probably bay based on her color when she was a foal. Our very last offspring from Wanapum's tenure as a stallion.

Quiana is not Ancce revised as she was over the standards for height and the Spanish vet told me, after giving her the highest movement scores of the horses critiqued that day at walk, trot and canter, that she should be shown and not bred. The Spanish representative felt that Quiana was so big that she was more masculine than desired. Well, we are not set up to show her so I chose to see what she would produce if bred.

For her first foal, Quiana was bred with frozen semen to Doblon TA, the unbelievably fabulous FEI stallion in Spain. The resulting filly, Vienna, did not disappoint and Vienna's owner is totally enamored with her as evidenced by coming back to buy her dam! Vienna should go to 16.3 or 17 hands. Next, Quiana was bred to Kairo and again produced a magnificent filly named Willa. Willa's owner is also just over the moon thrilled with how great minded, friendly and tall Willa is. The goal is for Willa to become a high school level horse. 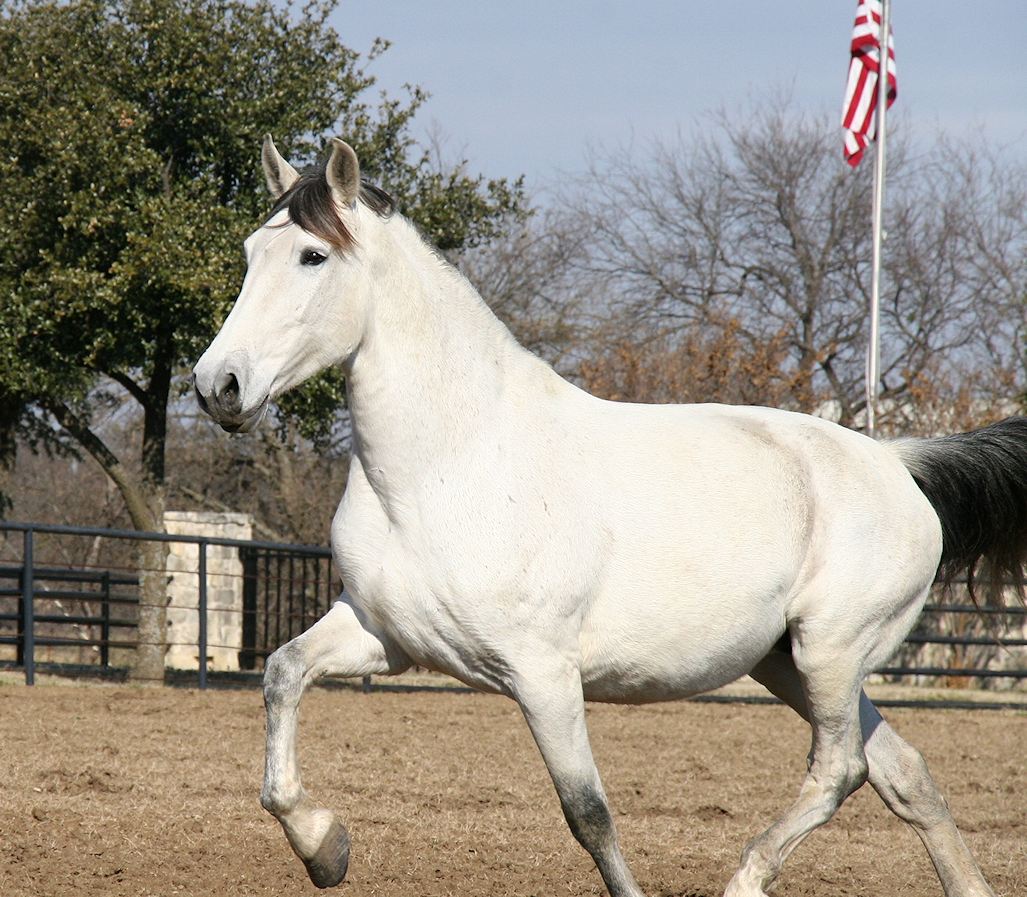 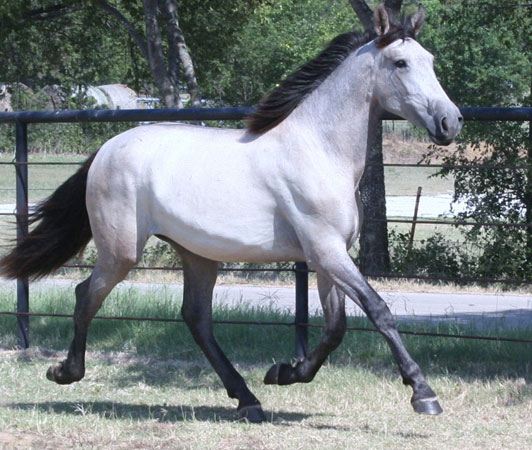 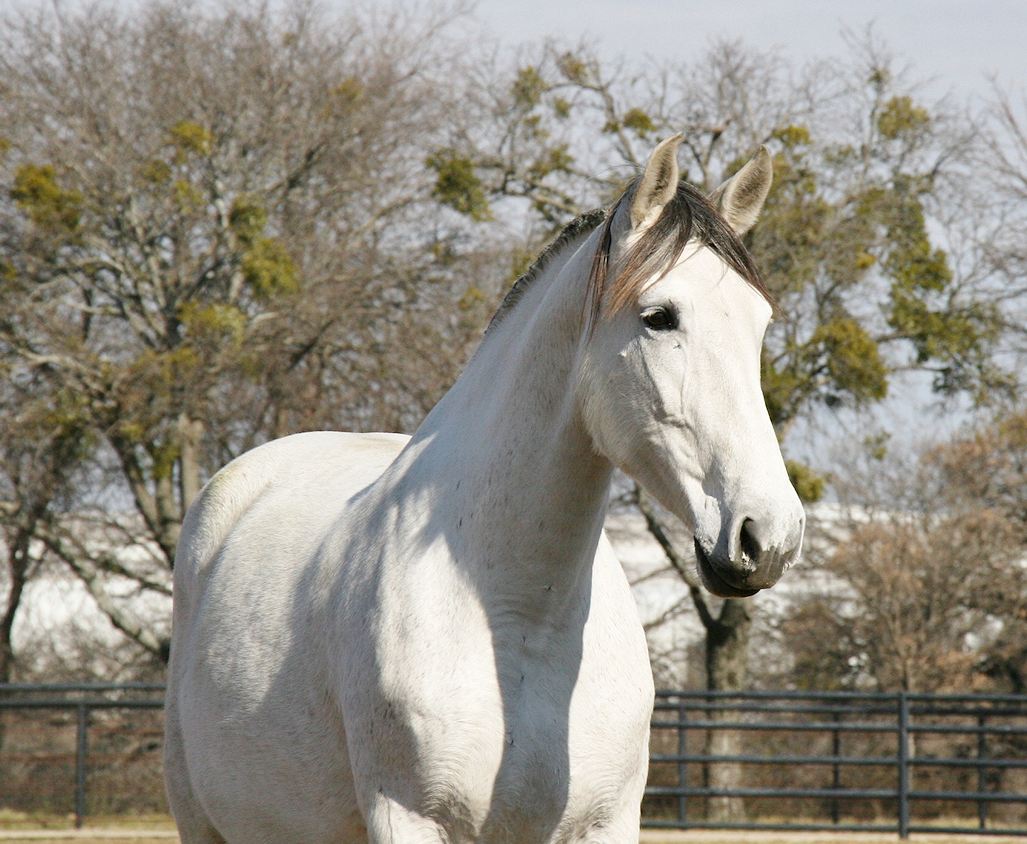 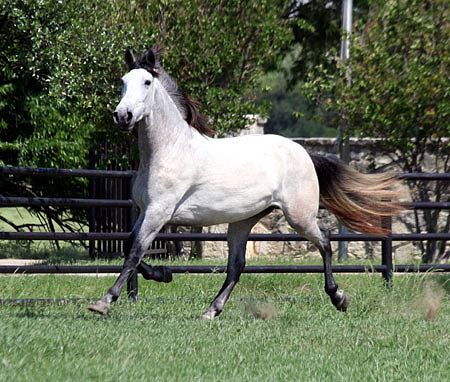 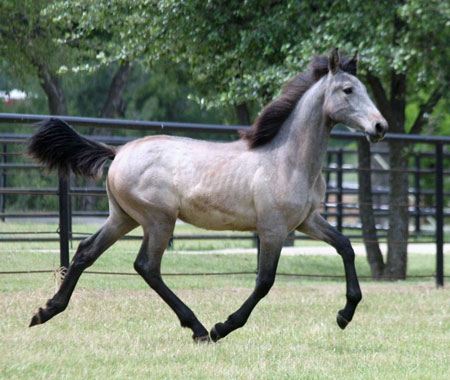 Quiana as a weanling 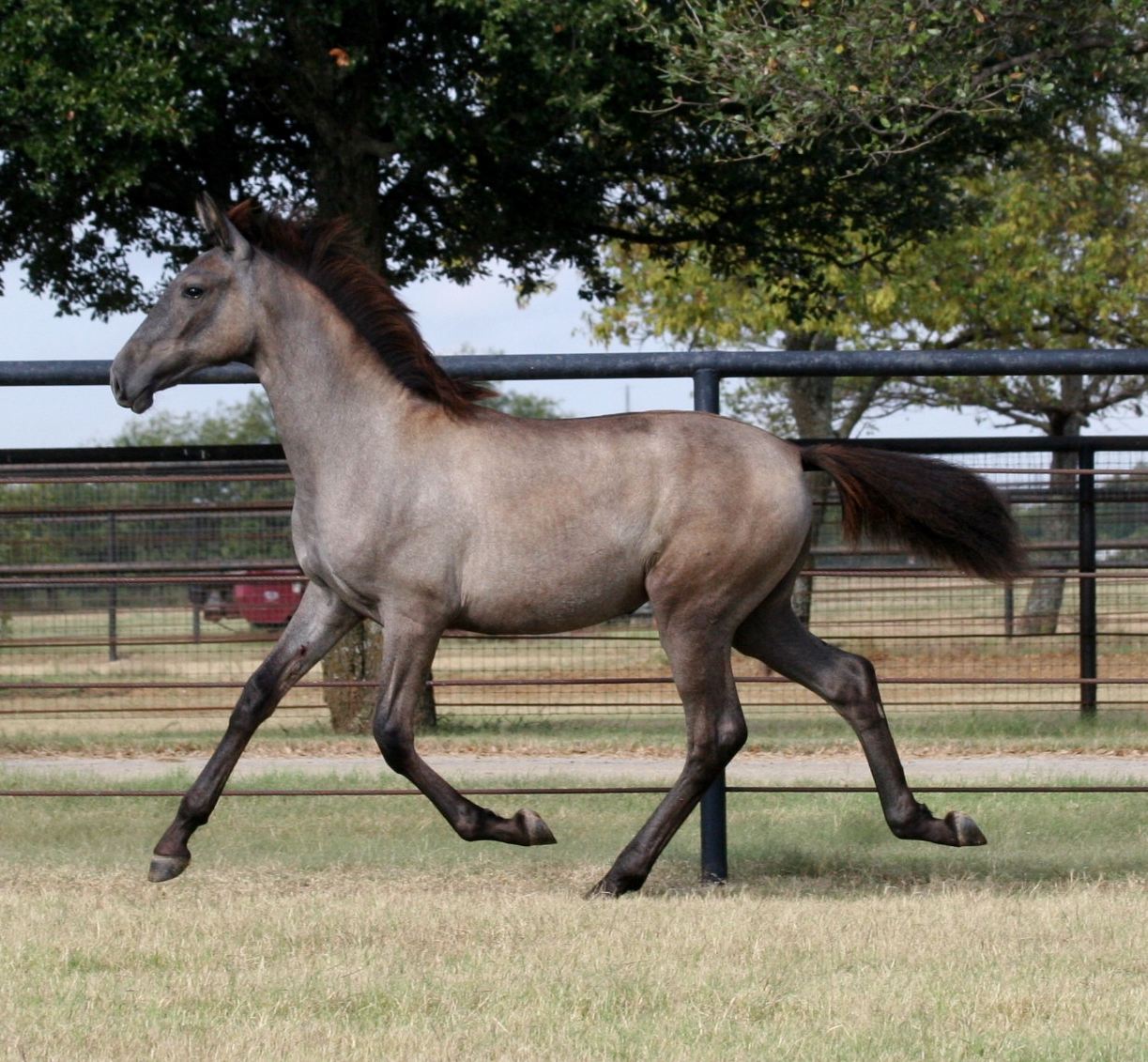 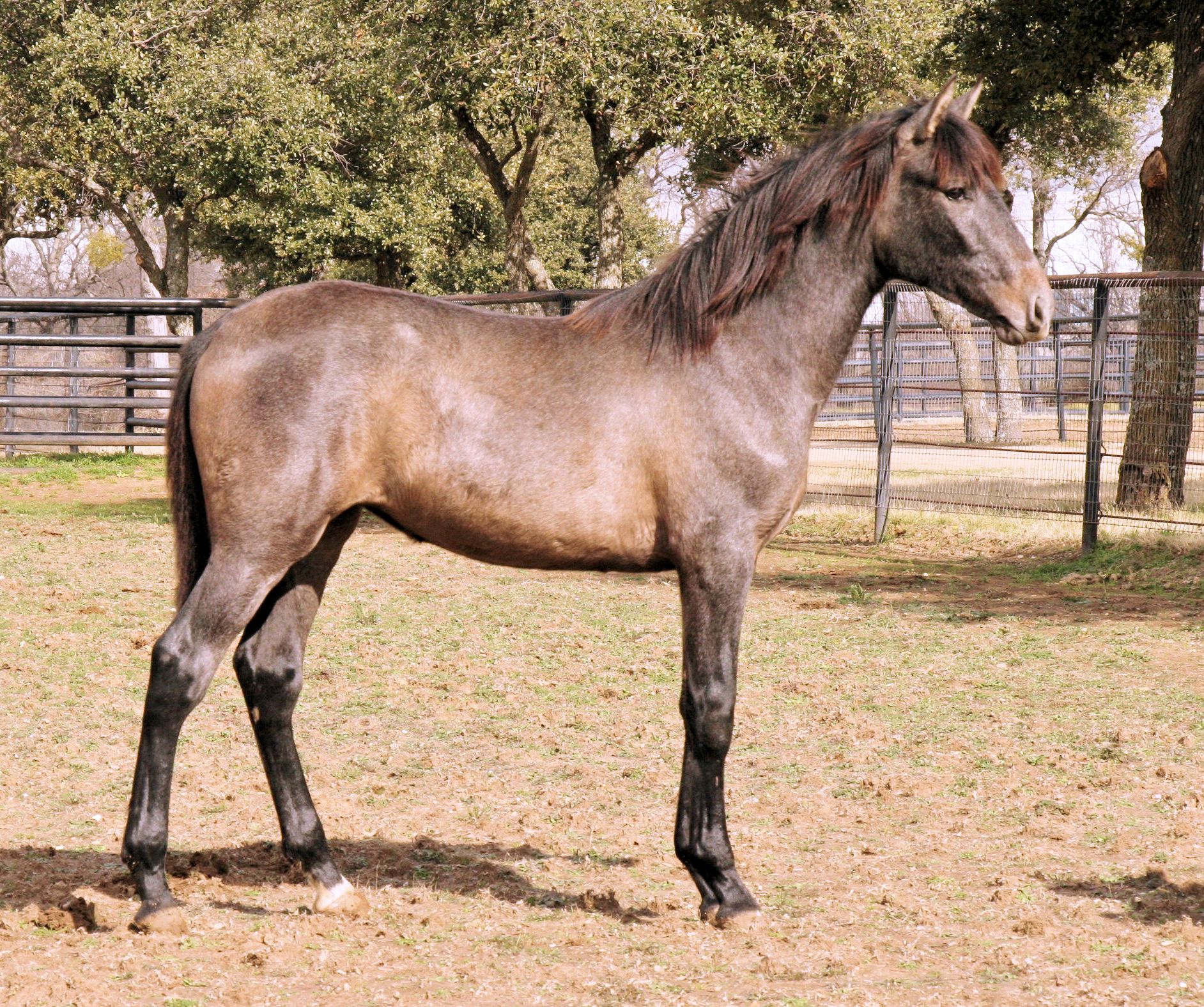