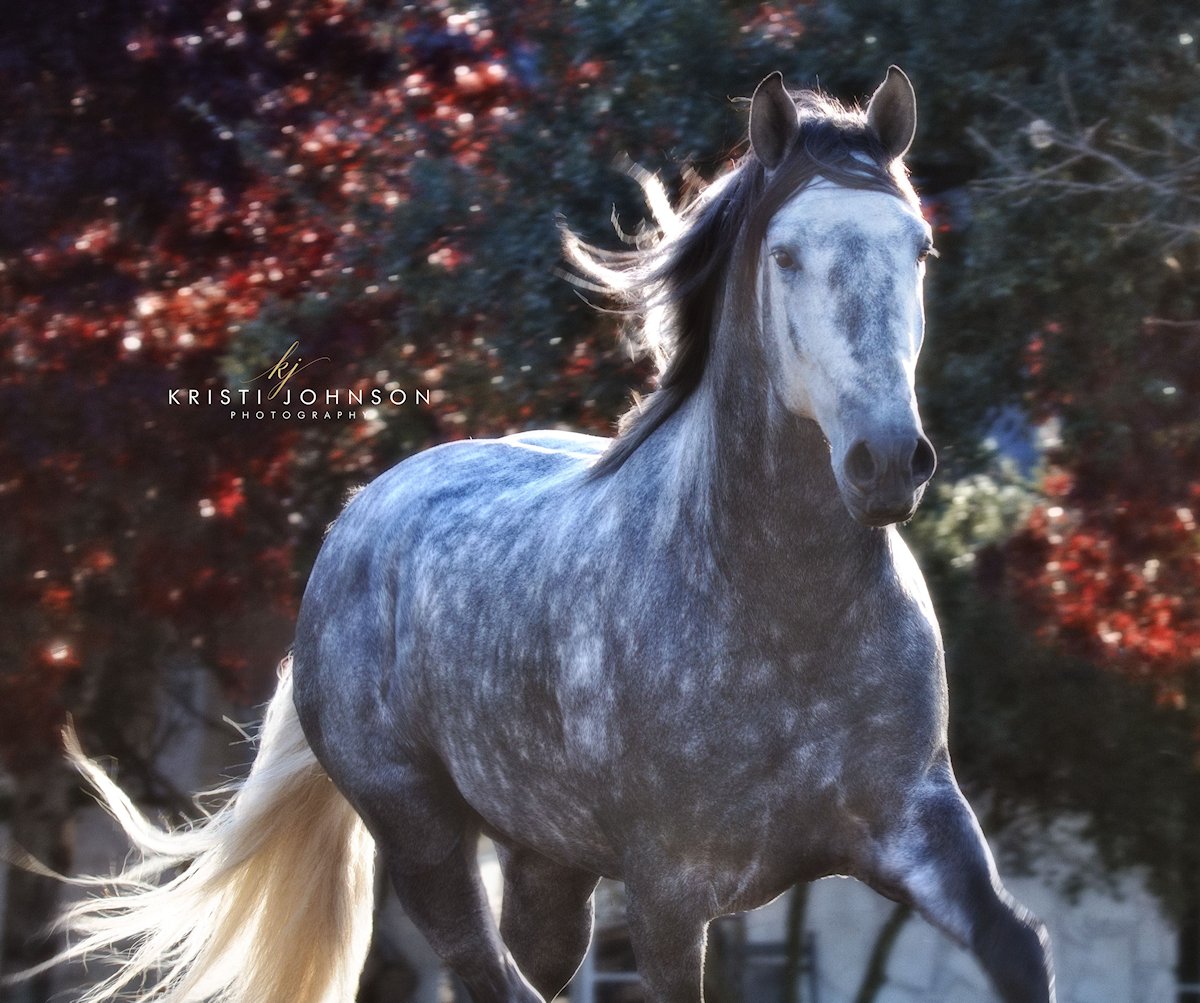 Sagitario MC is a grey, pure Spanish stallion born 4/18/15. Talk about "look at me" attitude! "Rio" as we call him exudes manners, willingness and intellect - traits all icing on the cake in addition his beauty. Everyone who has seen him comments on how beautiful and dramatic he is!

Rio's dam was Sinai, imported from Costa Rica, where she won championships when shown as a pair with her full sister and who was bred by Tomas Batalla. Her lineage goes back to Atlantico 1981 (National Champion of Spain). Sagitario's sire is Venidero MC, son of Ofendido VII by the famous Jenson. Venidero's dam's side goes to a stallion imported from Spain from the Muira stud. Old lines and thrilling as I met Jenson when visiting the Yeguada Militar back in 1995. DNA color testing confirms Rio is Eeaagg so we look forward to see what qualities he will add to my mares and maybe color!

After only being under saddle for about 10 rides, Valente declared that he was safe enough for me to climb/drag up my mounting ladder and get on for a gentle, slow ride. Dream temperament for a young stallion. Last Spring, when we bred him for the first time, no surprise, he was a perfect gentleman.

Rio enjoys trail riding and goes both Western and Dressage with his unflappable personality, no change bothers him. Will be bred more for the 2022 crop of babies. 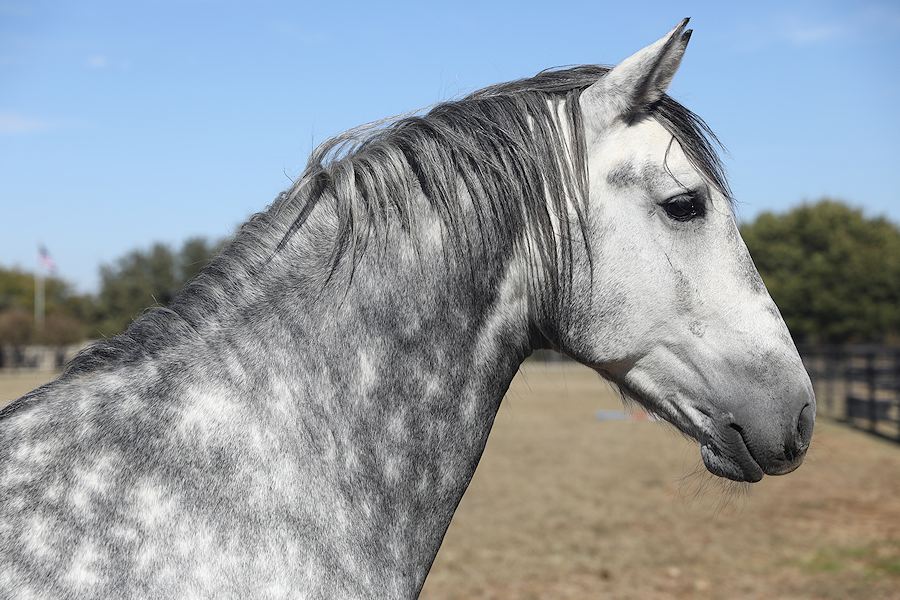 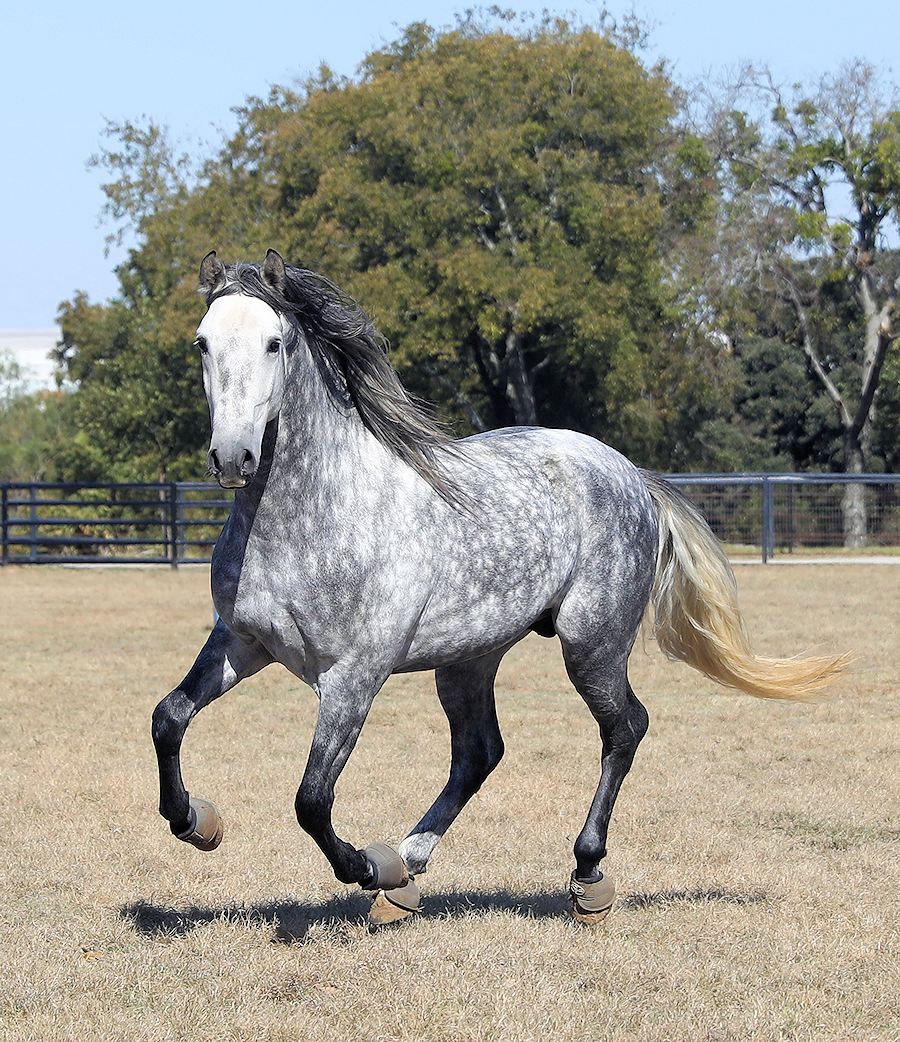 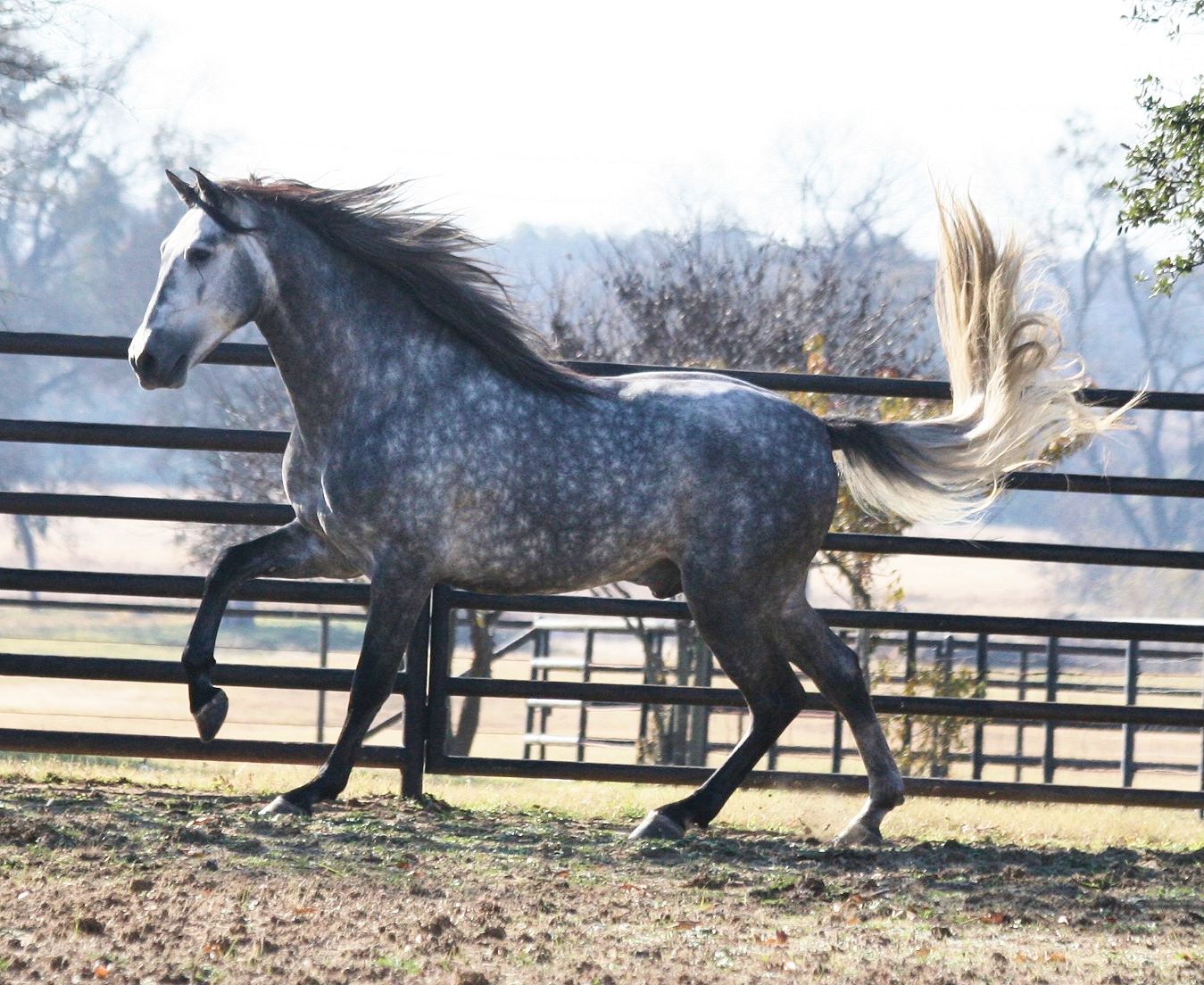 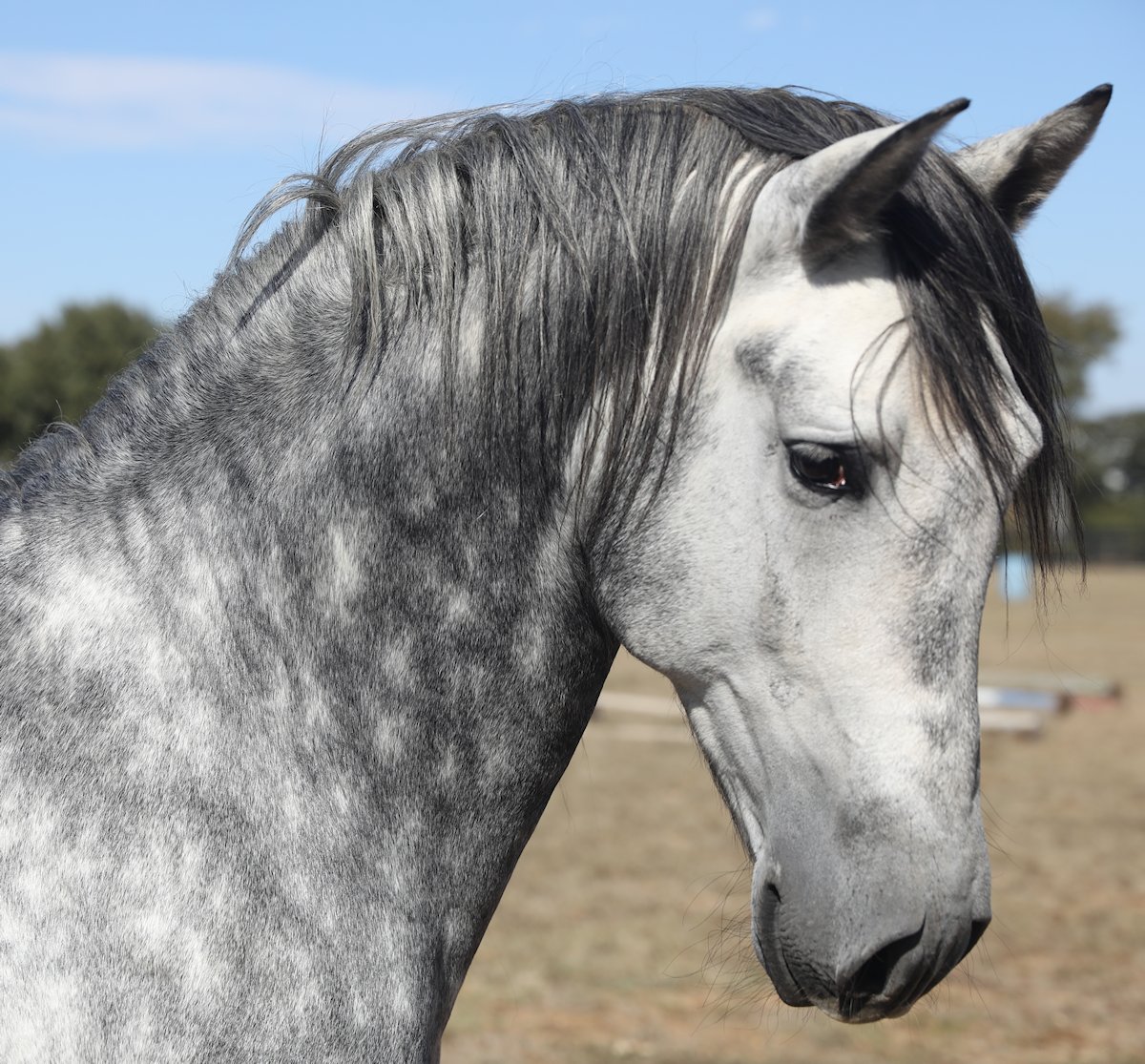 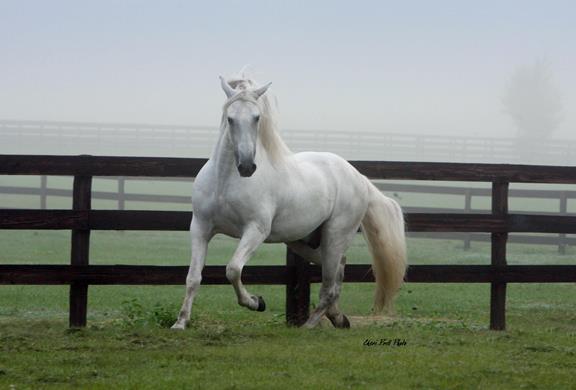